Okay, I filled a bunch of bobbins so I wouldn't have to stop to do that during the quilting part for a while!

I finished a second blue spot on the quilt, another Leah Day Bright Star done using the refined stitching order. It went well.  I feel less stressed at the end of the work.  But it took two hours, and that unfortunately includes two lines that were removed after I realized I had stitched to or from the incorrect point on the block.

Here is what I had finished after 45 minutes. 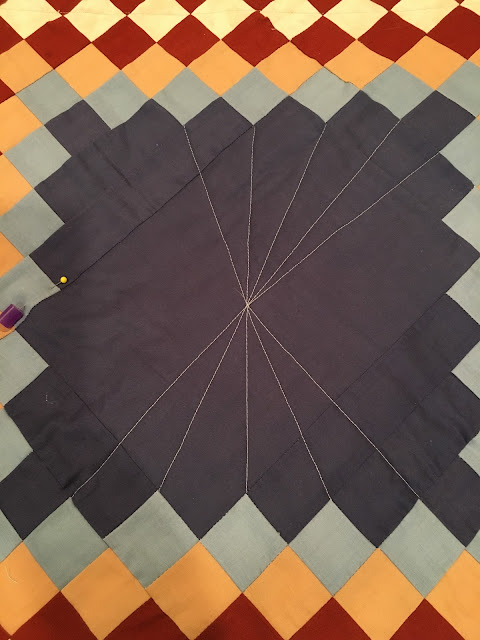 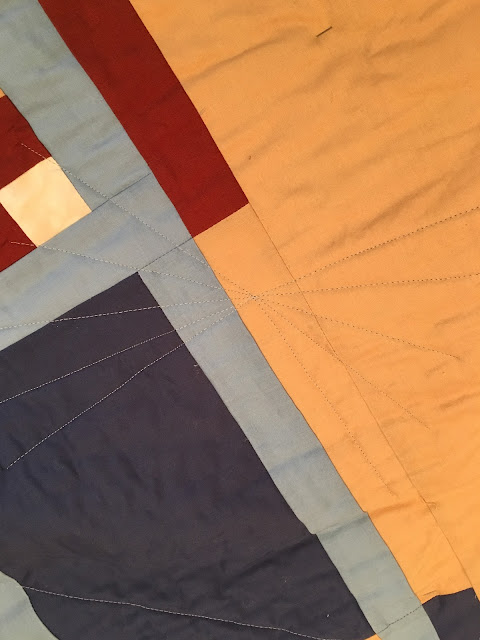 I goofed and for the last line there was a really tight angle, but I was able to organize things so mostly the corner was in stuffed in the sewing machine as I sewed... 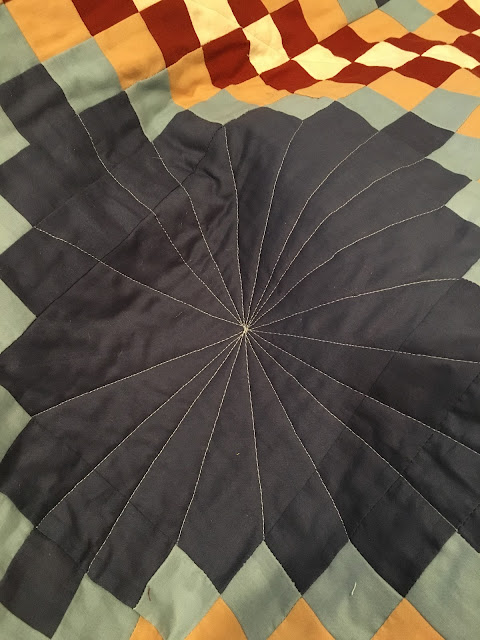 Here finally is the finished block. 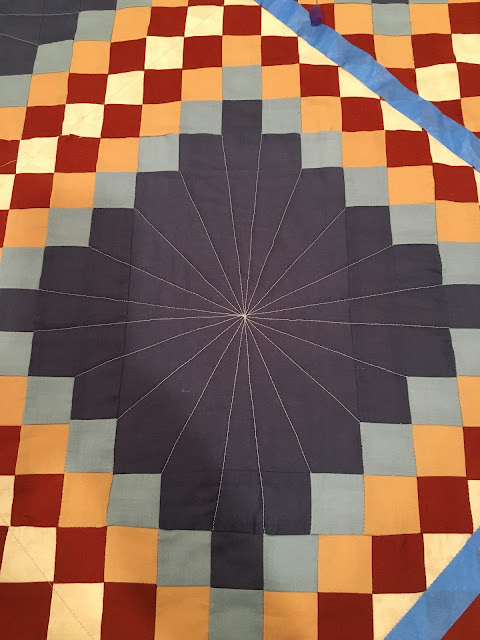 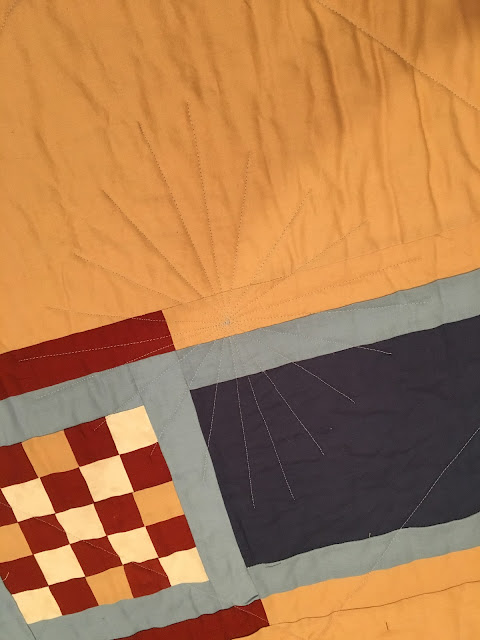 Up close, I don't really see a lot of difference between this block and the first one that I quilted. But I was way less stressed and pleased with the amount of work that I did. Of course this was my second one in the quilt, but finished in 120 minutes instead of 164 minutes is quite an improvement too.

It really wasn't just 120 minutes as Buffy wanted a walk after I took the first photos today... 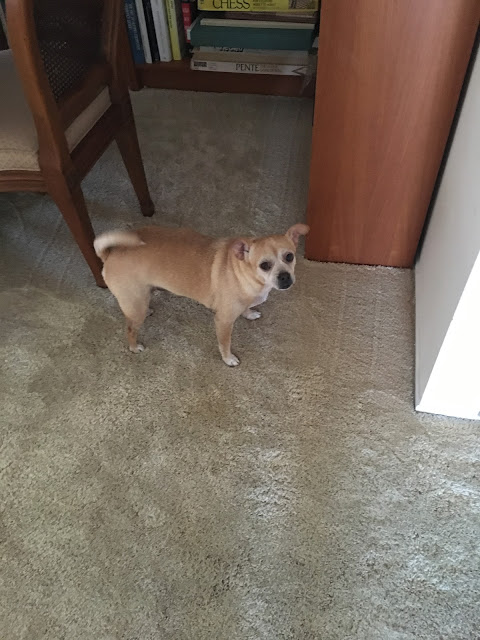 I use the stop watch app on the phone to get the times for sewing/quilting recorded.