I first learned about piecing fabric letters while participating in the Block Lotto in 2012 - back then it was very difficult for me to make the letters.  Now though with Cheryl's tips and techniques I was able to get most of the letters I wanted to make done in class. A B O U F L C W - just need K and S in the fabric I selected today.  Tomorrow hope to finish K S and add T I R E N - then you will know what I am up to!

Tomorrow evening she is presenting a lecture that is open to the public.

Even though I had read her book "Sunday Morning Quilts" the presentation covered it all more in detail so it was really nice.  She is one of those teachers who really enjoys quilting and people - it was a pleasure to spend the day with her and with the EBHQ community.

First she discussed different ways she organizes scraps.  The book just has some measurement guidelines, but she really explained how she does it - as a model for us to consider ourselves.  There was time to organize.  I only was able to do the first sorting as I was trying to do it all with fabric balance on my lap using a bankers box lid as the table.  The people who really spread out were able to do much more.

Then she went thru the process of making a block with the larger scraps and gave us sewing time.  Then the other sizes with more time to try things out.  At each level she also showed examples, and gave us more ideas and tips so we could be successful.

I'm excited to really get into organizing my scraps and using her ideas to make my own quilts.

I recommend both her book and taking workshops from her.

Places to Go, Things to Read

I am hoping to take a driving trip from coast to coast this summer.

Did this once before in a car*. It was so much fun. On one way it was my husband and me, on the way back a friend from Sweden, Christina, flew over so we could do the drive together. (*Also did a cross country trip in a motorhome with husband, son, and cat!)
I spent a week with her in NYC years before.  She had done this before and was prepared with a list of art museums and we spent a day in most of them. I thought it would end up being repetitive, but any that did cross over added to my understanding and appreciation. We weren't tied at the hip. Generally we would set up place and time to meet for lunch and at the end. Great fun. It was wonderful.

We took the train from Boston, and made got tickets to see The Heiress? with Dan Stevens (of Downton Abbey) while on the train...  I remember after we saw the play I commented on how could he do the play and be in Downton Abbey - and she said with the timing of when the show was on TV in USA vs Sweden that I didn't know something and should just wait to find out! : )
As soon as we got to NYC we got passes for the train/bus that would last the week so we didn't have to stop to buy things every trip.  Great idea.
We stayed at the Edison Hotel - near to Times Square and lots of restaurants.  A lot of Swedish people stayed there according to my friend.  It has since been renovated and I think the prices are even higher. The room with her overlooked the Barrymore!  Later that summer, when I returned with my husband, we could see the flashing lights from Times Square reflected on the glass of the building across the way.
We started most mornings having breakfast at a place near Fox News and by St Patrick's Cathedral. Can't find it now in Yelp.  (EverGreen Cafe?) One day when we were there we could see lots of activity and concern at the side of Cathedral - turned out the Pope had announced his resignation.
Instead of taking the subway, my friend and I mainly took the bus so we got a feel for the locations of the museums and places we visited.
Frick Collection  https://www.frick.org/

The Metropolitan Museum of Art  https://www.metmuseum.org/

We went to plays and the movies every night. Except one snowy night I took the train to visit a school friend of my son's while my friend went to see original The Book of Morman.
We went to the High Line and the City Quilter. Walked thru Central Park and thru the NYU. Found a kitchen supply shop that was lots of fun to see, had lunch at what we thought would be a little cafe, but turned out to be a popular place.  (It may have been the Coffee Shop Bar, 29 Union Square West, NY, NY, 10003 - Yelp says it's closed now. I just found the business card!) Walked by Hotel Chelsea - my honeymoon hotel! 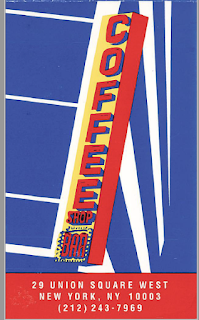 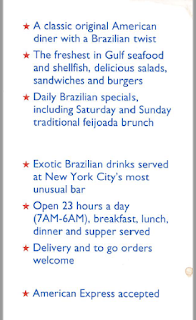 Somewhere I hope I can find the list of where we went on that trip!

And a list of places visited on the driving trip to and from the east coast!

------
Anyway, for 2022, I asked the group attending Joe Cunningham's Friday group for suggestions on quilt or art places to stop and this is what they contributed:
Any other ideas are welcome!
--------
This trip I have Audible so thought my husband and I could listen to some books while driving...

I had intended on quickly downloading books before my subscription renewed, but I misremembered how Audible worked. So for a few hours thought I had lost the ability to use the 8 credits I had remaining with my first subscription. On what I thought was the last day the subscription had flipped to 12 credits for the new year. But a simple email and phone call later I have 20 credits in my account so I did not lose any credits. What I have now will expire at the end of the subscription again (so I'm glad I had earlier changed the account from 24 to 12 books a year as I do not seem to be able to listen to more paid books than that). Thumbs up to Audible!
-------
My husband always brings his computer on trips and keeps a log of hotels stayed at in his calendar. He is so organized!  But I just write notes on scraps of paper and sometimes in my phone.
My quilting friend, Claire, has a notebook where she writes down the dates and names of guests and what food is served!  A terrific idea.
During the covid shut in I started to keep a meal and food log, but when I came to the end of the notebook I lost days and haven't been consistent after the first book.  Lots of information lost.  I do have bills for food that someday I want to buy exactly the same items to see the price changes....  It is difficult to know how much detail to include, as I don't know my audience for the logs...
If I were to live my life over though, I would get a notebook to record information for trips so I could have fun remembering things and could recommend things to others...
Well, back to going thru books filled with papers that I didn't organize before now!
-------
Amazon Cart Updates: