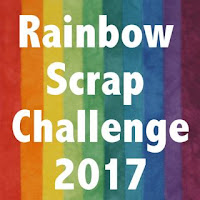 Hard to believe that January is pretty much over.

As soon as purple was announced as the color for the Rainbow Scrap Challenge, I pulled out my scraps and got to making blocks made up of strips of purple. Not really creative, but it's what I was able to do...  I was trimming so the blocks would be the same size, but then thought I'd leave them be so I have more flexibility when I actually use them in a project. 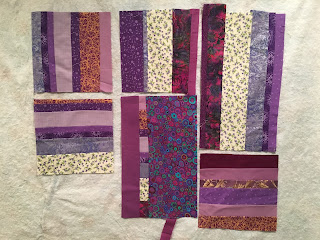 I also was going to use purple for the Growing Up QAL, but decided that I wasn't going to do that project this year.  The rose does look pretty though doesn't it? 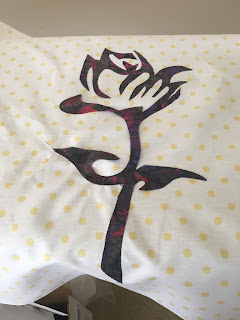 The skill to practice was using the blanket stitch to go around the design.  Something I hadn't done before so I thought I'd better step back and try with a simpler shape for practice... 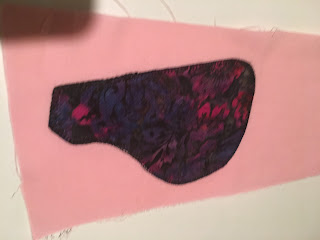 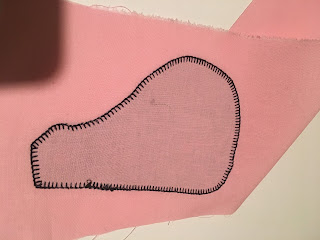 This was so boring to do, I decided to stop even trying to do the more elaborate design.  Last year I learned so much following along with Alida's QAL, but decided I really need to concentrate on finishing up projects I have already started, rather than pushing myself to do new skill building blocks this year again.

Things in my personal life are rather confusing right now, so I'm glad I was able to get done when I did do this month.

BTW I am continuing to take the once a week quilting class.  The teacher has been doing a much better job of actually teaching concepts and techniques, so I do plan to continue attending. Unfortunately, to take the class we had to agree to not share the patterns so I won't be able to show off those projects. 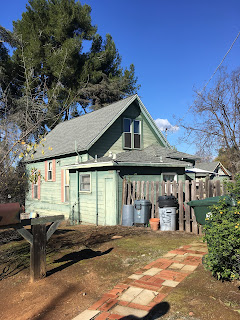 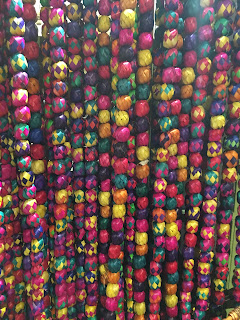 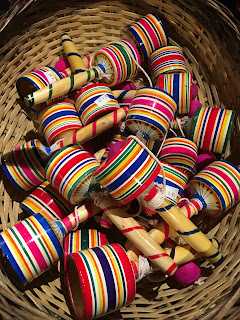 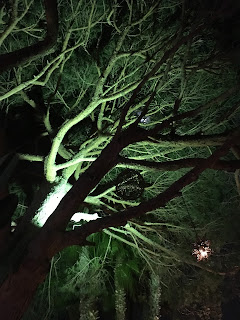 Time again for my birthday!  My husband and son make me a special burnt almond cake every year, it's such a treat.  Although they take notes each year the cake is a little different each time.

This year, they included making a dinner together too. 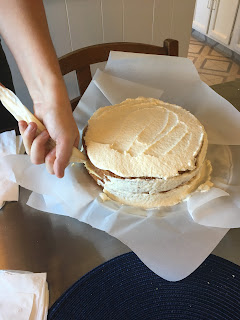 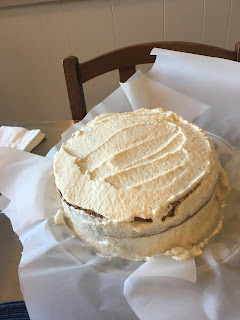 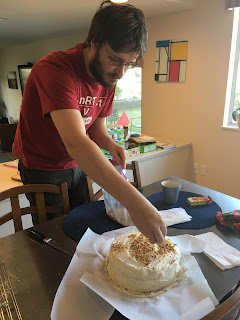 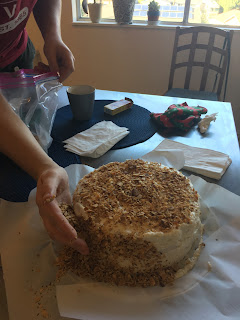 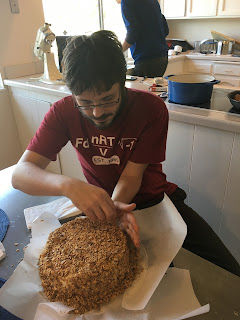 My Godmother, Aunt June, had burnt almond cake for her Eastern Star installation as Worthy Matron.  I hadn't heard of it before, but it was lovely that day - and wonderful to have each year now made by my guys. 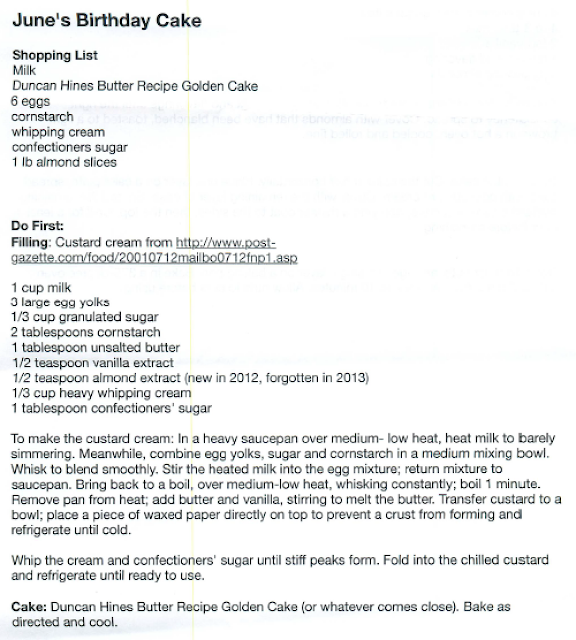 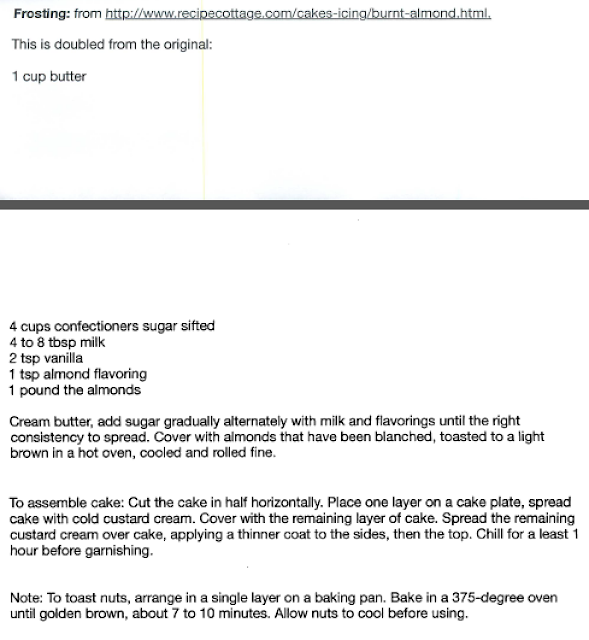 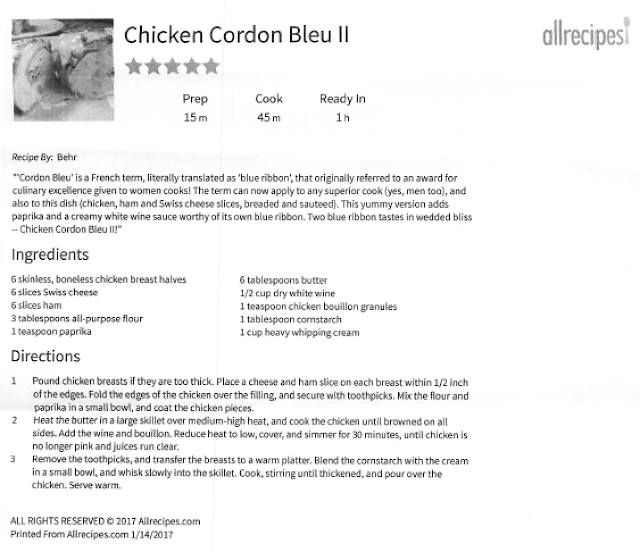 This year it was especially nice to just have the three of us together for the day. 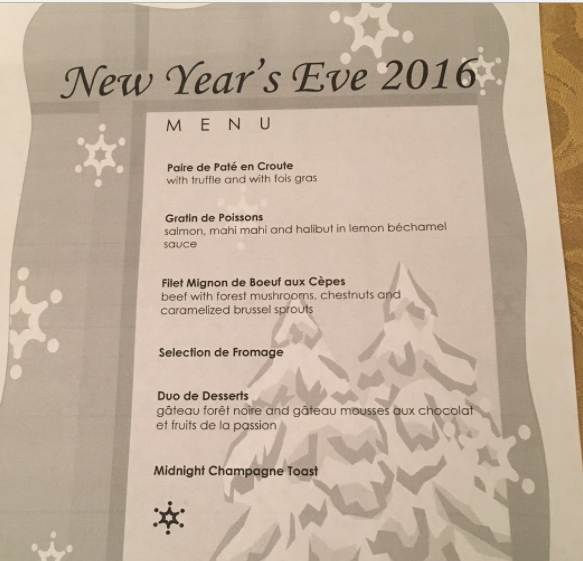 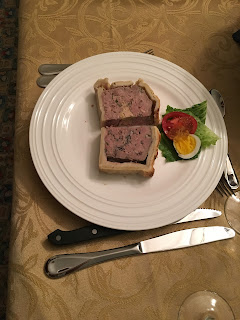 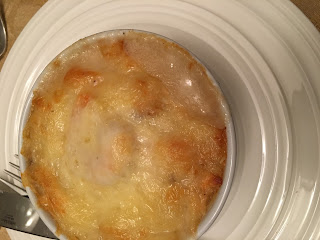 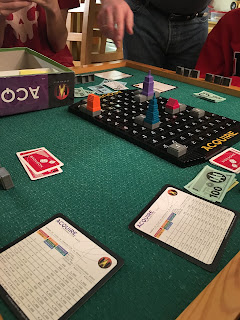 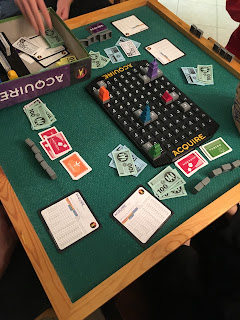 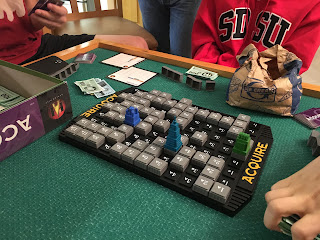 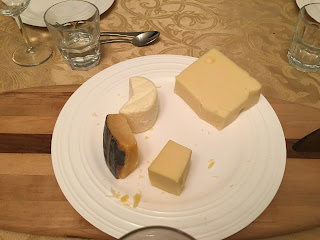 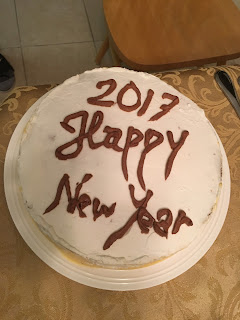 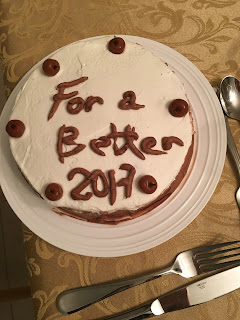 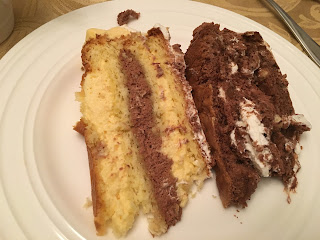 We had a wonderful evening at my husband's department chair's home! Her family, one other professor and his son, and our son came along too!

Boy, this is the way to do New Year's Eve!  I posted the photos in the order things happened.  We arrived 7pm, started with food, then took a game break while the meat course finished cooking and was plated, left around 1am alert with happy thoughts and hearts.