In San Diego, there is an organization, The Thursday Club,  that raises money for Balboa Park and other organizations. They hold an annual rummage sale that is a lot of fun to explore.

This year I came prepared to just look at the fabric and craft area.  I missed the first day so the selection was less, but the prices were all 1/2 off!

I went by myself, so had to leave my pickings at the booth when I searched for the restroom.  When I returned a few of my fabric choices had been taken by others, but I still had a good experience and got a good deal. 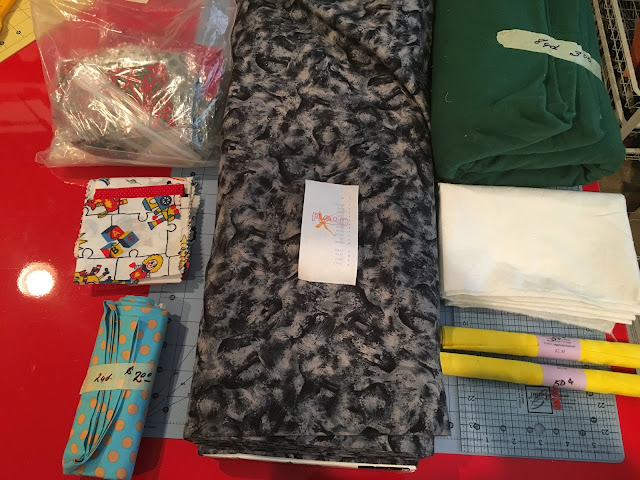 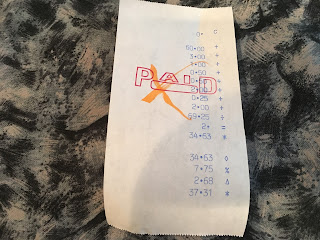 Last year I spent less, but we (husband came with me last year) spent more.  This time I just focused on the fabric and went by myself.

I have more scraps to pull and sew, but think I have worked enough on putting together strip pieces for now...  In a few cases I used a larger block of fabric to even the ends of the new fabric.

While I had scraps out I also put together some other color themed fabric - and some that are all mixed up!  (Hmm - I just noticed that pink and mixed up colors will get it's own month later on.)


Linking up to the Rainbow Scrap Challenge:
http://superscrappy.blogspot.com/2017/03/scraphappy-saturday-really-red.html

The daughter of one of our friends just had a baby.  I had promised a baby quilt two months ago.  I found fabrics in my stash that matched the colors the new mom requested (black, grey and if I had to use another color maybe some purple).  I found this quilt on the allpeoplequilt site that really caught my eye.  So I cut the strips but things happened that distracted me from the project, so I'm just now getting into production mode.  (I'm figuring the white will lighten the quilt and not count as a distracting color.)

I made a block and was pleased with the results, although it was awkward to sew each seam as I had to sew each one with the pressing going toward the sewing machine. 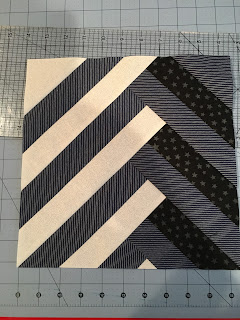 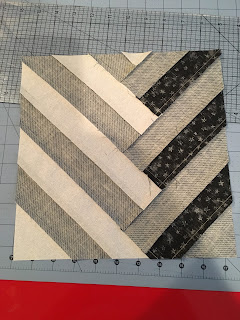 The back came out beautifully though, but I thought if I just changed the way the fabric was pressed then my issue with the seam direction and sewing would be fixed.  You see I wanted to start the fabric with the even ends of pieces aligned and that the seams would be sliding away from the machine as the fabric went under the needle, so that is why I had the problem.

Anyway, the next block I pressed the fabric the opposite way from the directions.  It was easy to start with the fabric aligned - BUT when it came to pressing, to keep things consistent, I had to press so the the seams were crossed back over themselves. It was either that or have the seams pressed in different directions... 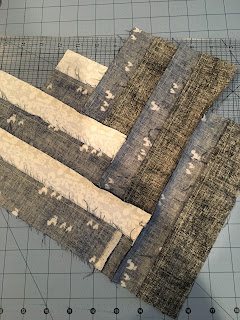 But now I see that the little design has the ducks also marching in different strange directions - so before finishing the block, I stopped and now will be unsewing so I can sew the block again. 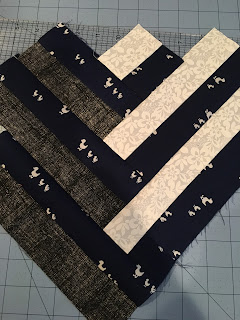 And I will go back to folIowing the directions.

I really had thought about the block and the sewing and the pressing, but still messed up!

I reminds me of when I was a Girl Scout working on my cooking badge.  My folks left the house while I made my fancy hamburger and chocolate cake with mocha frosting dinner for them.... It was the first time I was alone in the kitchen - and the whole concept of cooking at all was foreign to my experience.

The directions for the mocha frosting said to put a tablespoon of coffee in the frosting.  I thought a tablespoon of coffee wouldn't add that much flavor so they must not have been referring to brewed coffee. I grabbed the instant coffee and looked back at the cookbook - it was old.  I figured they didn't have instant coffee then so I grabbed the regular coffee grounds.  And made the frosting with the crunchy coffee grounds in every bite!

(Things were so different then.  I think my mom only had two cookbooks - Good Housekeeping Cookbook and the one I was using I think was called the Lighthouse Cookbook. That book really went to the basics of how to butcher animals and how to cook them!  Now of course I could google mocha frosting and get many different recipes to compare and adapt. And even before that I have two cookbooks that are just about making cakes on my shelves now - so many cookbooks in this house now.)

Anyway, when my folks came back they ate the food. I remember my Dad's big smile when he had the cake. Such a nice guy.

My Godsister who is 10 years older than me (and became a home economics teacher) used to like to make mud pies.  I remember she told me how she offered one to my sweet father - and he started to take a bite!  She remembers telling him how it was all pretend and he wasn't supposed to really eat the pies.  He was a nice guy.

My mom signed my report so I was able to get my cooking badge and that was crossed off for Girl Scouts.  It wasn't until relatively recently though that I really started cooking and enjoying it, so the badge was not the right way to go for that life skill!

The mail brought this lovely yellow fat quarter from Angie! 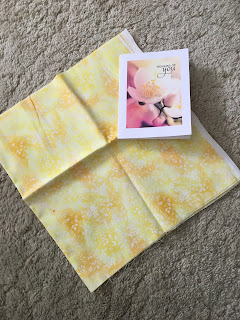 This will be great addition to my projects!  Thank you so much!