Just the four corners to finish up. I spent a bunch of time looking at the book and the videos, then used tape to mark half of the lines for the first corner.

I decided to make the outside lines so they started half an inch from the inside of the last border, then I marked every two inches.  Then I put the tape down.

If I had done Leah's quilt then I would be using the seams as the starting point for the spokes, but my seams are not square it seems, so marking the line is what I ended up needing to do! 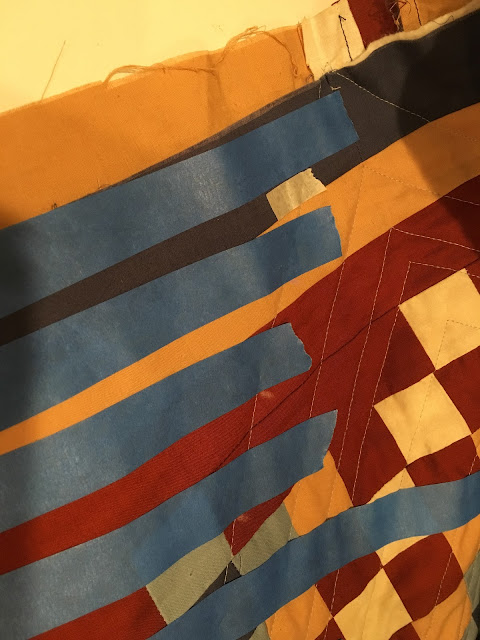 My corners were not square for that last border, so I put tape to mark a square place to be the exit point for all the spokes. 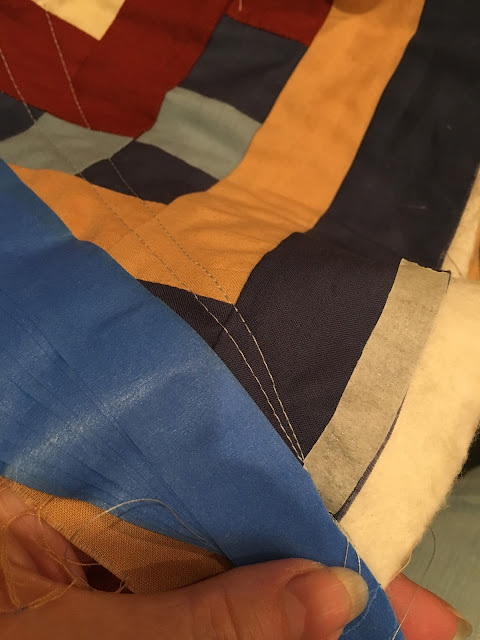 To avoid having to tie off the thread I will sew thru the tape after hitting the exit point. I saw a video where someone used tape that washed away, I will be on the look out for that the next time I go to a quilt store. 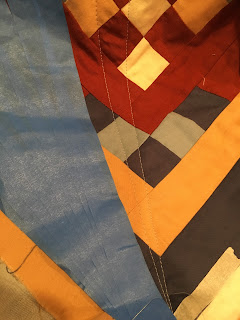 Including marking time it took 25 minutes to do these first two spokes.  Then I decided it would be easier to do when it was daytime and there was more light - and little Buffy wanted me to go to bed anyway... 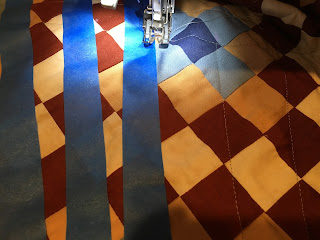 It took 13 minutes to do the next two lines. 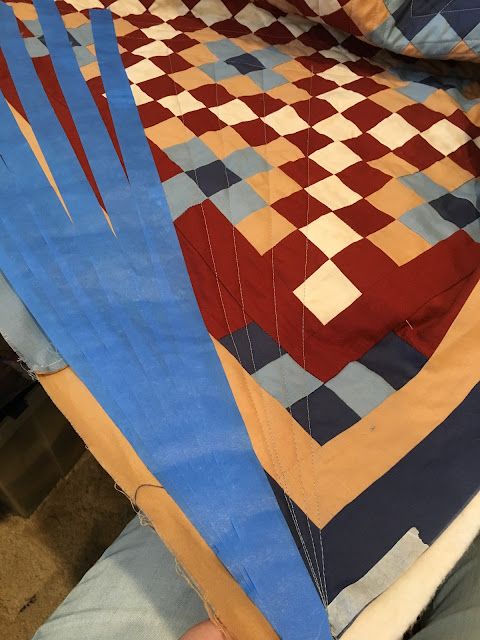 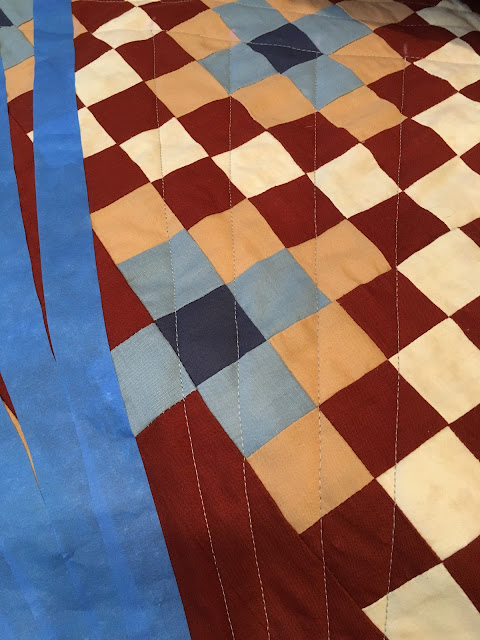 Hmm I'll need to double check that tape, it sure looks curved in this photo!

Well, I'm sort of on the home stretch, but there is a lot more work to do before I'm finished..... 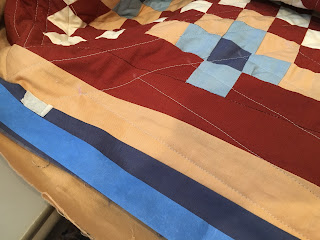 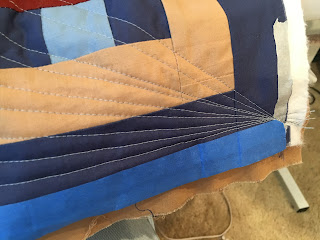 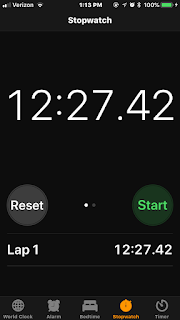 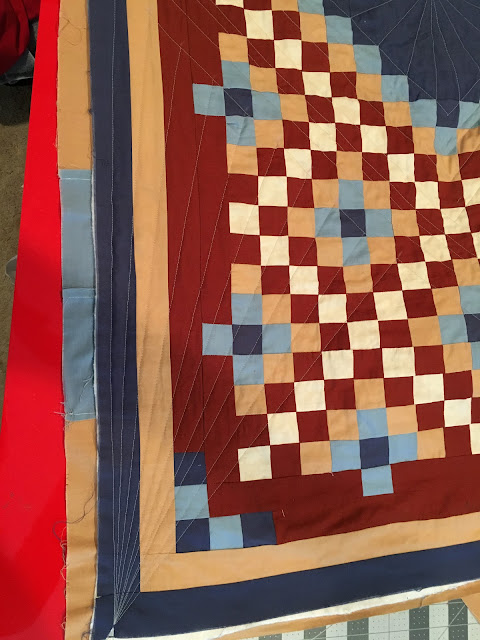 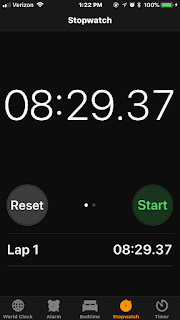 Oops I should have left the masking tape in the corner, but at least know now it will release when I'm done...
Posted by June D at 10:55 AM