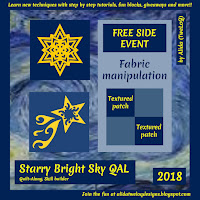 The link to this QAL block is here! The procedures for this are linked to from her site, they are from Teresa at Teresa Down Under.

This one was intimidating for me as it involved some hand stitching...  The first time I used the same thread to do all the tying....  But then I realized it would be easy enough to do each one separately. 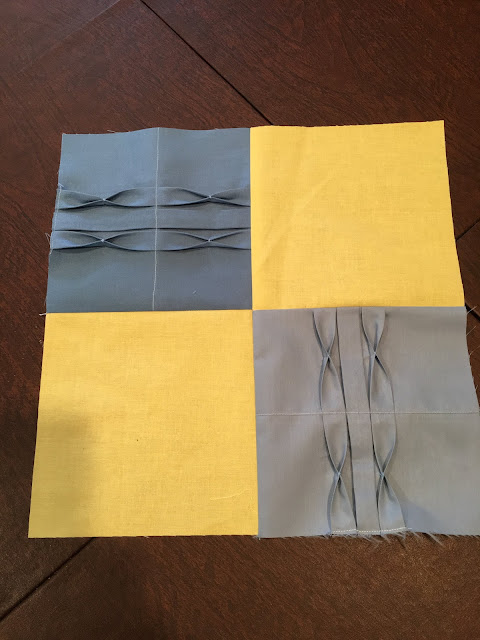 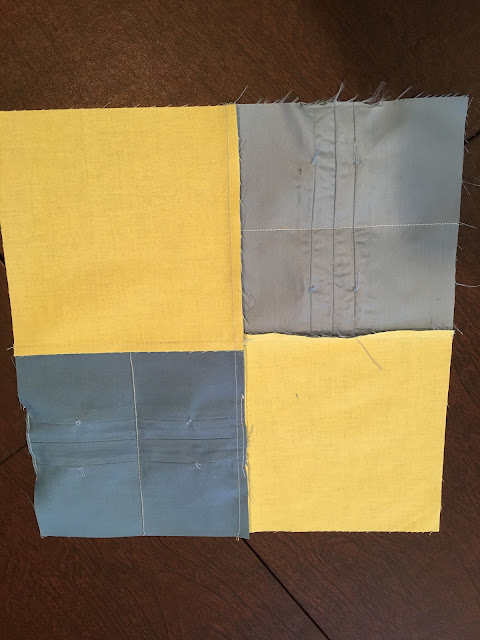 It was important to bring in to the seam line, when I did not do that (instead I brought it to the center of the tuck) the stitching line was visible.  So if you are going to do this texture remember that!

I understand the reason for the stitching in the center the opposite direction, but I find that distracting, even though I used thread that was pretty close to the color of the fabric.  Now that I am comfortable with the knots I think I'd do two knots at that location, and maybe add a little bow tie to the center.  Maybe it would be too busy.  I'll try to try that later.