Leah is challenging us to do a weekly walking foot design on a quilt sandwich, then later we will join together to make a Marvelous Mosaic Quilt.

This week the design is concentric circles.

I started marking my piece last night, I was tired and decided to sort of use two different distances between the circles.  Guess I was sort of thinking of pinstripe with circles. I should have had the pinstripes so they were closer together to replicate the effect, but it looks okay as it turned out.

The batting is Hobbs Poly-down Polyester.  At certain angles the stitching really shows. 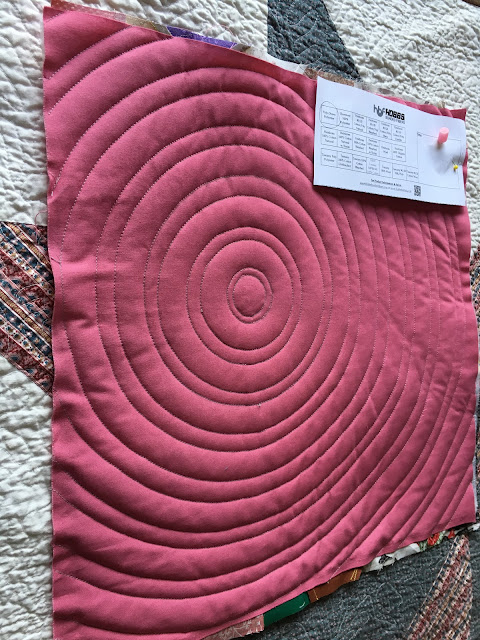 I'm not sure why it sort of bends in two places. The one area has the green triangle on the backing.  That seems to have caused something. 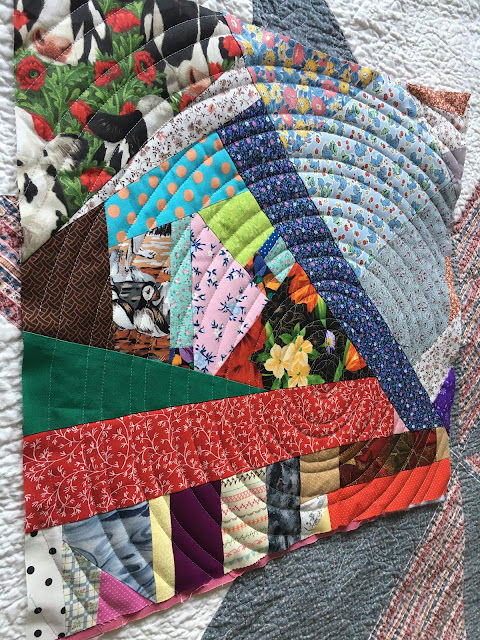 I experimented with tying and burying the thread before coming back to it, and just tying it off and then pulling it to the side to help me see where to end the joining stitches.  It did seem to help to pull it off to the side, but then I went back to burying and it lined up nicely.  So perhaps the best thing to do is to do it and get lots of experience. 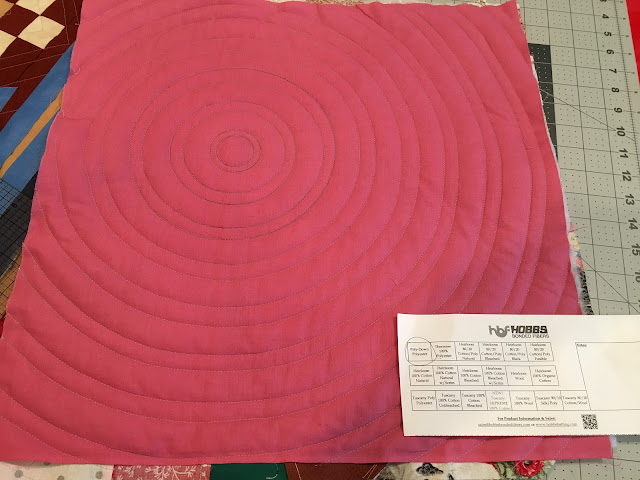 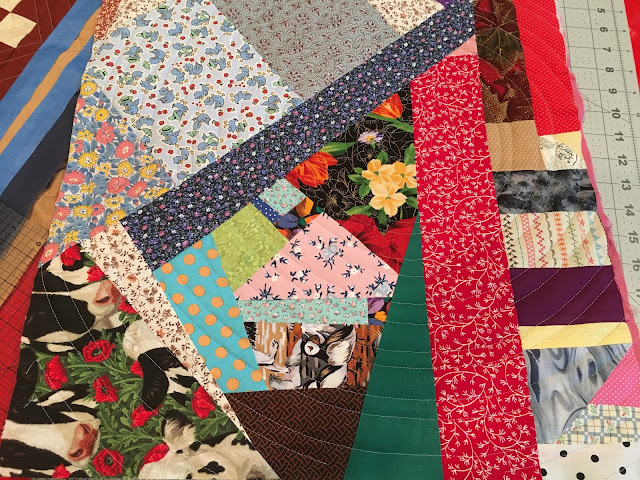 I was feeling really blue when I started quilting this block, but I kept going as I didn't know what else to do.  I do feel better now, but not tip top. Dragging. It either took two or three hours to quilt this. I added the center circle after taking a photo and realizing the pattern had been broken and a circle that closer together was needed. 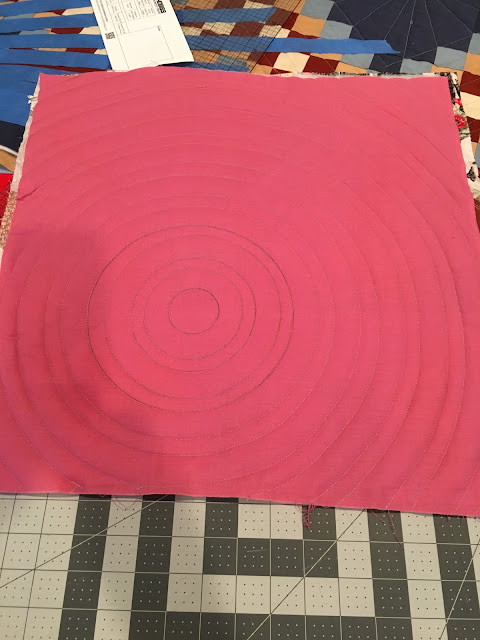 The first center lines were marked using various things in the room to make the circles, I just eye balled the placement.  The rest I used the guide on the walking foot.
Posted by June D at 12:58 PM