When I last wrote, I had finished quilting the major parts of the quilt.

I went back and added a wavy line of quilting so the light green inner square had stitching on both sides. 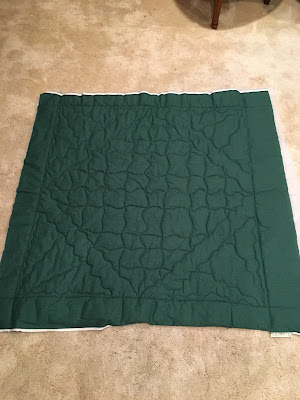 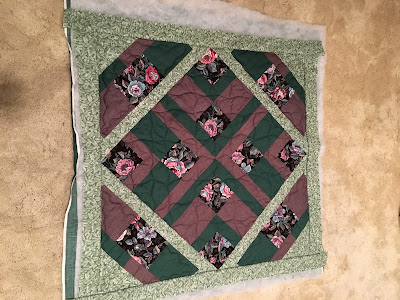 And I added the outer borders to the piece!  This makes it so it's the correct size for Quilts for Kids.

I added a line of stitching so on the back it looks like there is a square in the corners of the piece.


In this case I knew I had borders to add, but I think this technique could be used to enlarge a quilt when there is extra batting showing at the sides.

Now the piece is ready for the binding.

I named this post Part 2, but there have been many starts with this project.  I'm glad to be closer to finishing it up!
Posted by June D at 9:30 PM