Boy, it's really difficult to show the FMQing on this project! I went along the inner purple border and went into the border when I hit the tip of quilting described and then made a little circle. I also made a circle in the corners of the purple border.

On the outside of the purple border I went along and only popped out at the corners.  In the green I made one loop that sort of looks like the design in the inside.  On the rust I made three loops.  I'm not sure why I did this but I did. 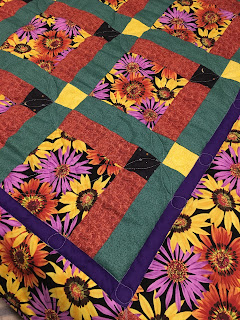 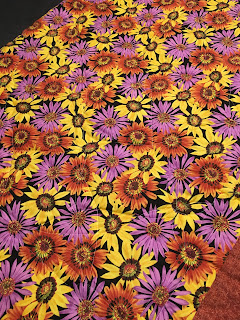 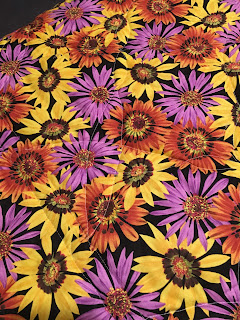 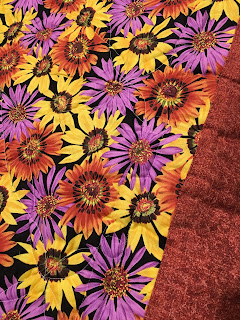 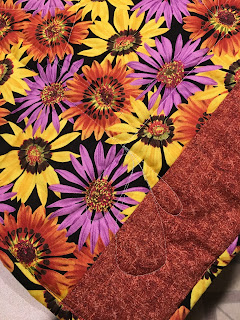 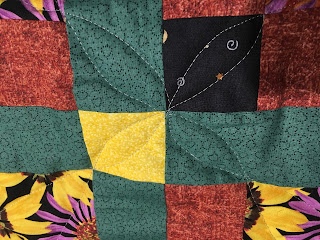 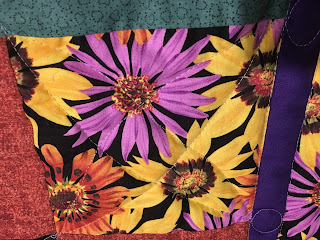 This was turned into the quilting group for that lady to donate...

I also turned in the 9 patch quilt as you go project!