Third corner done!  About two hours to do, including marking and hiding the knots.

It has been a few weeks since I have worked on this quilt, I am pleased that it went smoothly and there were no mess ups!

As a reminder to myself: 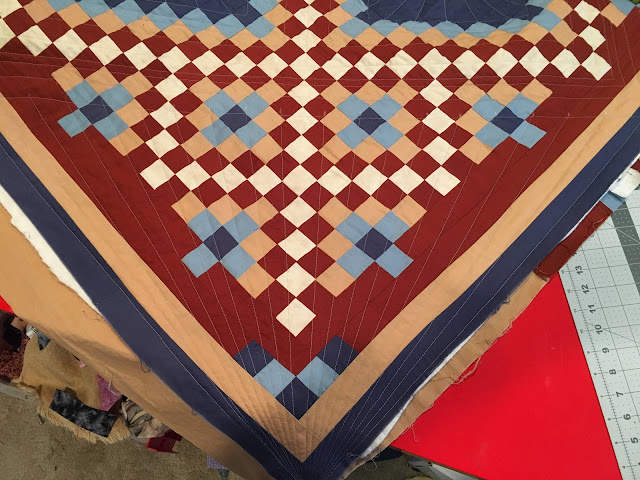 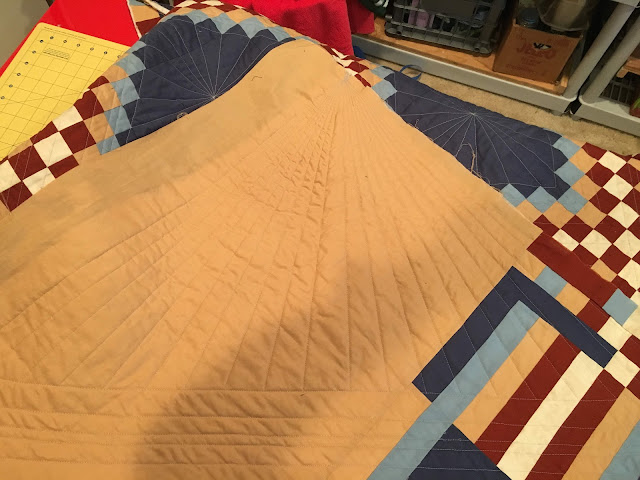 I went to San Diego Zoo yesterday, earlier than I usually do with a different friend.

Usually I pass these painted posts at the end of a walk when the sun is low, but this time I saw them with the sun shining on them so I could really see the fun designs! 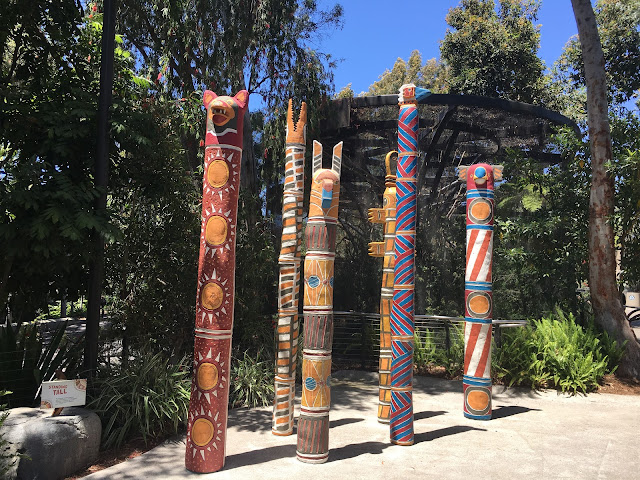