The second gift did not take as long to make.  This time I made the binding, then hoodie and washcloth, and ended with the round play quilt.

Here is the finished play quilt.  In error I had only a yard of the fish fabric.  So I cut it in a 28 inch square, and added 8 inch strips to the sides.  I picked the blue, to have the fish swimming in the water.  This Jenny Byer blue was originally purchased for a quilt I was going to make for my parents.  I'm glad to finally start to use it! 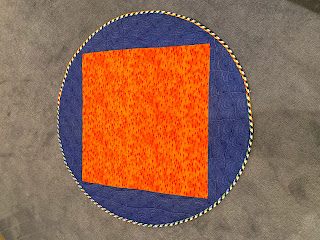 I was considering applying the borders with miter corners but decided against it as then I didn't want to be slowed down in finishing this up. 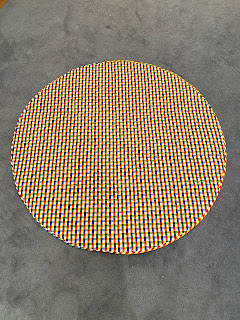 The back and binding are from fabric I used to make my son napkins for the kindergarden school. Each day he would leave with his big blue basket filled with fresh napkins, plate, cup and silverware.  In class one of the activities was to make lunch for the class.  I'm still looking for those recipes.  At the time it was so hard for me to cook, I don't think I ever made them at home.  But now I could make so some nice soup using their recipes.  I remember Alex really liked the barley soup.  I think they put carrots and apple in the soup. 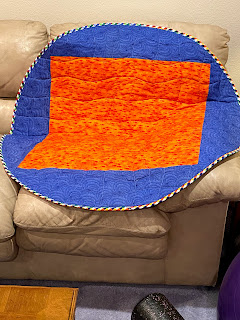 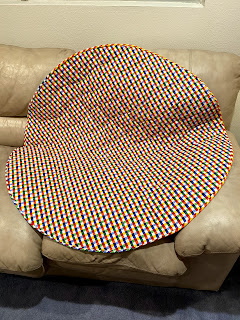 I did the same wavy lines free motion quilting - about 3-4 inches apart I think.  In both directions.  I just used a regular pressure foot to do this. 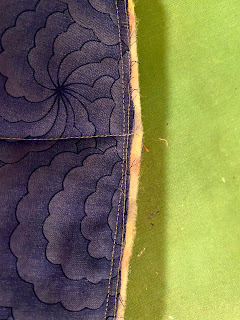 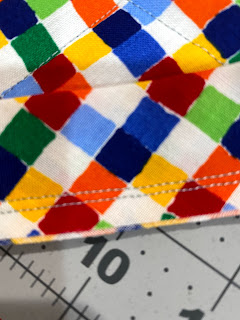 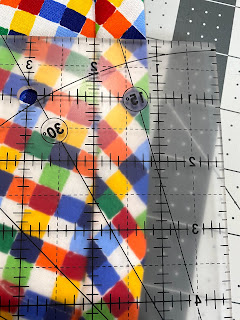 Then I measured and when the fabric is pressed back measures around 3/4 inch. 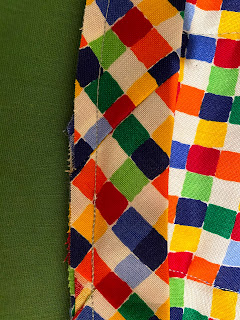 I again used "Sew Very Easy" Youtube way of starting and ending the binding.  It was really hidden in this fabric! 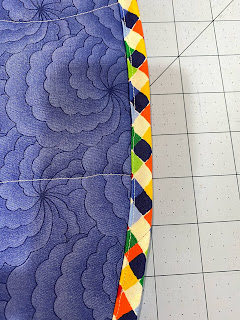 I put the binding first on the back, as I knew when I sewed the last edge down there would be extra stitches on the back and the thread wouldn't show up as much... 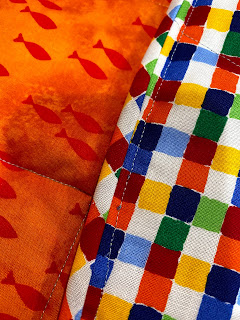 I'm okay with the thread showing when I do machine binding.  But I wish I could figure out how to get the size of the front and back so they are more equal...
I always wanted my son to have a special nap cloth, but I didn't know how to sew anything then.  I gave him a towel each time he needed to nap.  How cute it would have been to have a round play quilt for him!

I really need to figure out how to get the machine binding so it is the same size on each side of things.

Making the extra fold makes it easier to cut the binding.  I used my new 2.5 inch template and that made it really easy to get the correct width.  Except I think having a 2.25 or 2 inch binding strip would help me have the same size on both side.  But I took some photos to remember how I did the set up for the cutting. 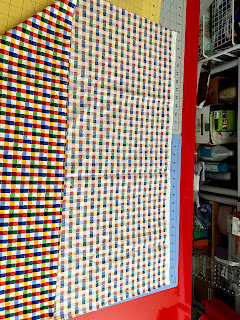 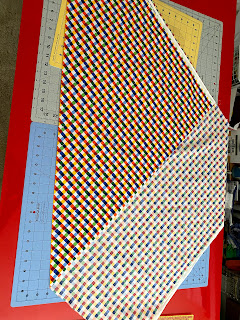 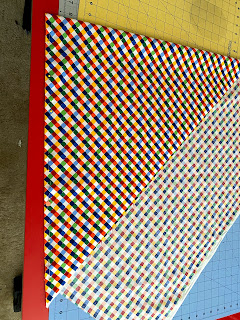 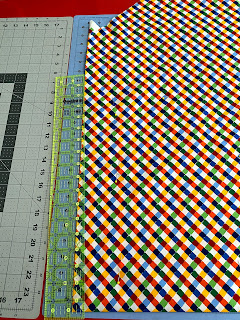 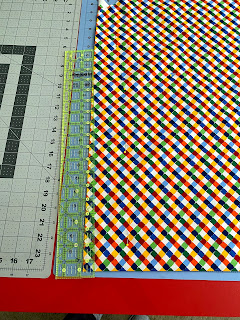 The hoodie towel turned out really nicely I think!  When I was sewing, I forgot to add the hood, so had to seam rip so I could insert it.  This time I trimmed of any edging on the towel so there were no hard spots in the binding.  I used saucer to shape the corners.  I sewed the fabric on the hood all the way around, and adding the binding so the smooth seam will be next to the baby.  I used Sew Very Easy's way of starting the ending the binding.  The towel is 30 inches square.  The triangle was cut from a 14 inch square of towel and this time I remembered to stop cutting the binding so I had a large enough triangle to use for the hood.  The long edge of the triangle is 20 inches. 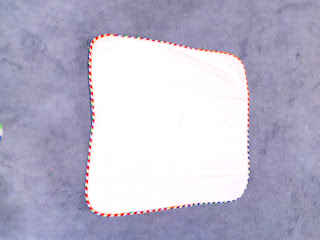 I made a washcloth using a 12 inch square from the towel.  I had enough to make two, but since I had only made one for the gift I had finished last week for her SIL, stuck with just the one for this gift too. 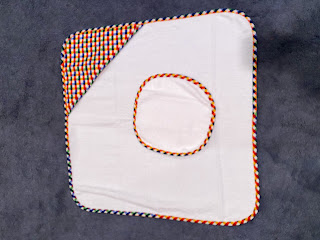 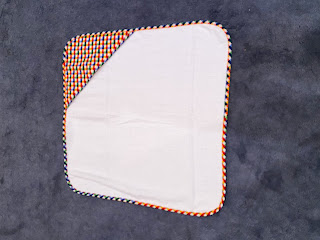 This will be another nice baby gift.  I sure need to sew more often to keep my skills up!  Neither gift is perfect, but they are down and tomorrow this one will be in the post - hopefully to arrive before the online shower.  (this one is going to the one giving the shower to her SIL.)

I'm considering starting another of these gifts - so I have an example to see when I make it again.  But boy am I bushed from all this sewing now.