Are you making pie for today?  I started last year - it was pretty fun so doing again this year.

I have never made or eaten a blueberry pie - but my son put in his request for that so I gave it a try.  I think it will be delicious with vanilla ice cream tonight.

Amazingly, it took twice as long as the recipe said it would take!
Recipe: https://www.inspiredtaste.net/23159/homemade-blueberry-pie-recipe/ 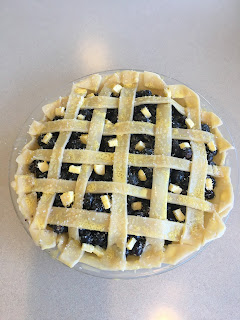 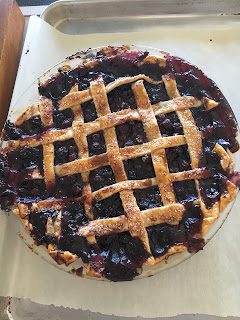 Doesn't look that pretty after baking for so long.  Definitely makes the pie, as it says in the recipe "look perfectly humble and homemade".

It took almost two hours to get the blueberries to bubble in all the little windows of the crust.  After an hour it started flowing out the edges, but the middle blue berries looked uncooked.  So I added a foil top and set the alarm on the phone to check it out every ten minutes... 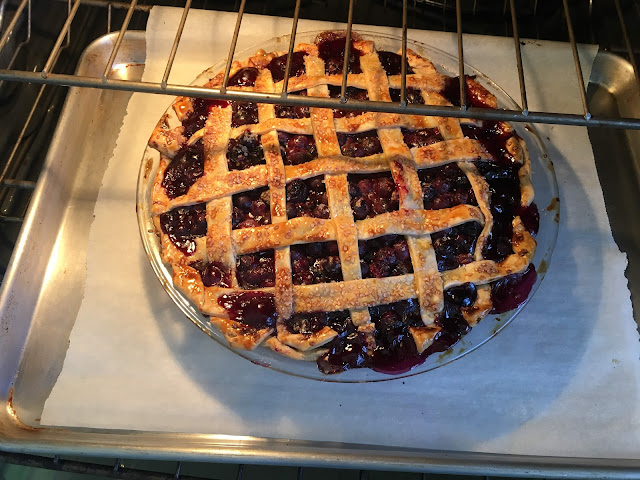 I took the left over pie crust and coated it with the egg wash and covered in the coarse sugar and cinnamon and baked it for around 30 minutes until it was done.  My husband had some with coffee this morning and said it was very good - something that could be made for company!

My husband put in his request for pizza pie, so we are going to be making that together later on tonite.

The days, the years seem to be slipping away so I'm really grabbing on to creating rituals and memories with my family...

So I'll ask again - are you making pie for Pi Day this year?