It has been a long time since I have worked on this project.  The initial cutting for all the blocks was done in January, so it's pretty easy to pull the material and quilting designs out of the envelopes and then sew, mark and piece. 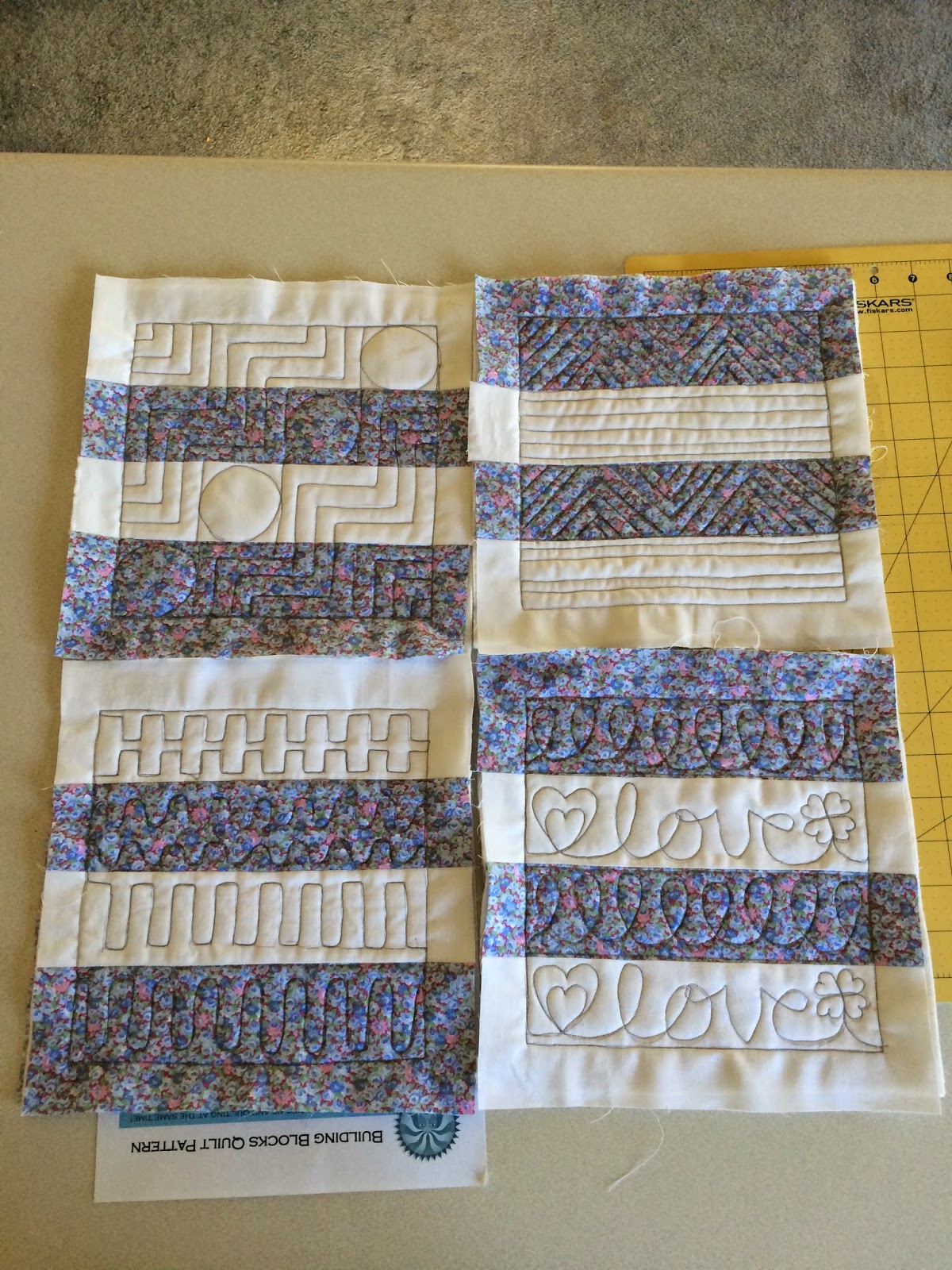 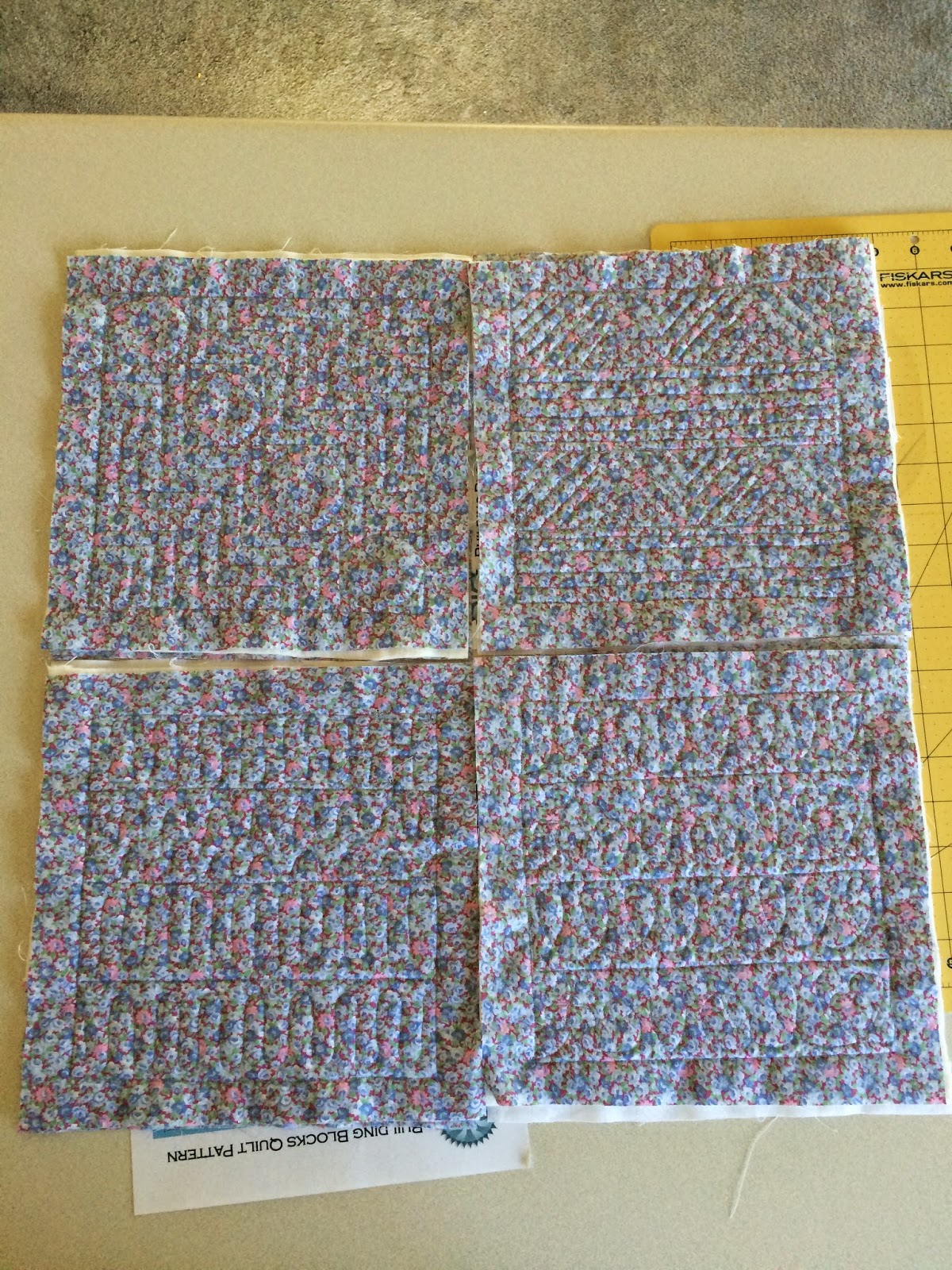 I'm getting more confident with the machine again.  Relearning to listen to the sounds as I sew and adjusting accordingly.  I have not broken one needle, and have gone thru two and a half bobbins so far.

I am doing most of the blocks with out rotating - the skills are coming back after this long break from sewing!

Leah has finished the quilt now (there are no anchors on this page so scroll down to see her standing with the project) and it looks really nice, much nicer than I thought it would actually.  I am not going to change my thread color at this stage in the game, but I have discovered again that I really like seeing the thread on the fabric.  My choices for this project have the thread blending in the fabric for part of every block and all the backs.  I should have used black thread to really show off the wonderful designs! and I should have used much lighter colors for the other fabric. It's very hard to mark the designs using the fabric I picked.

----
The mug rug I made husband needs to be washed, so I made up a new little coaster for him at the computer - see the cursive Bernie at the top? 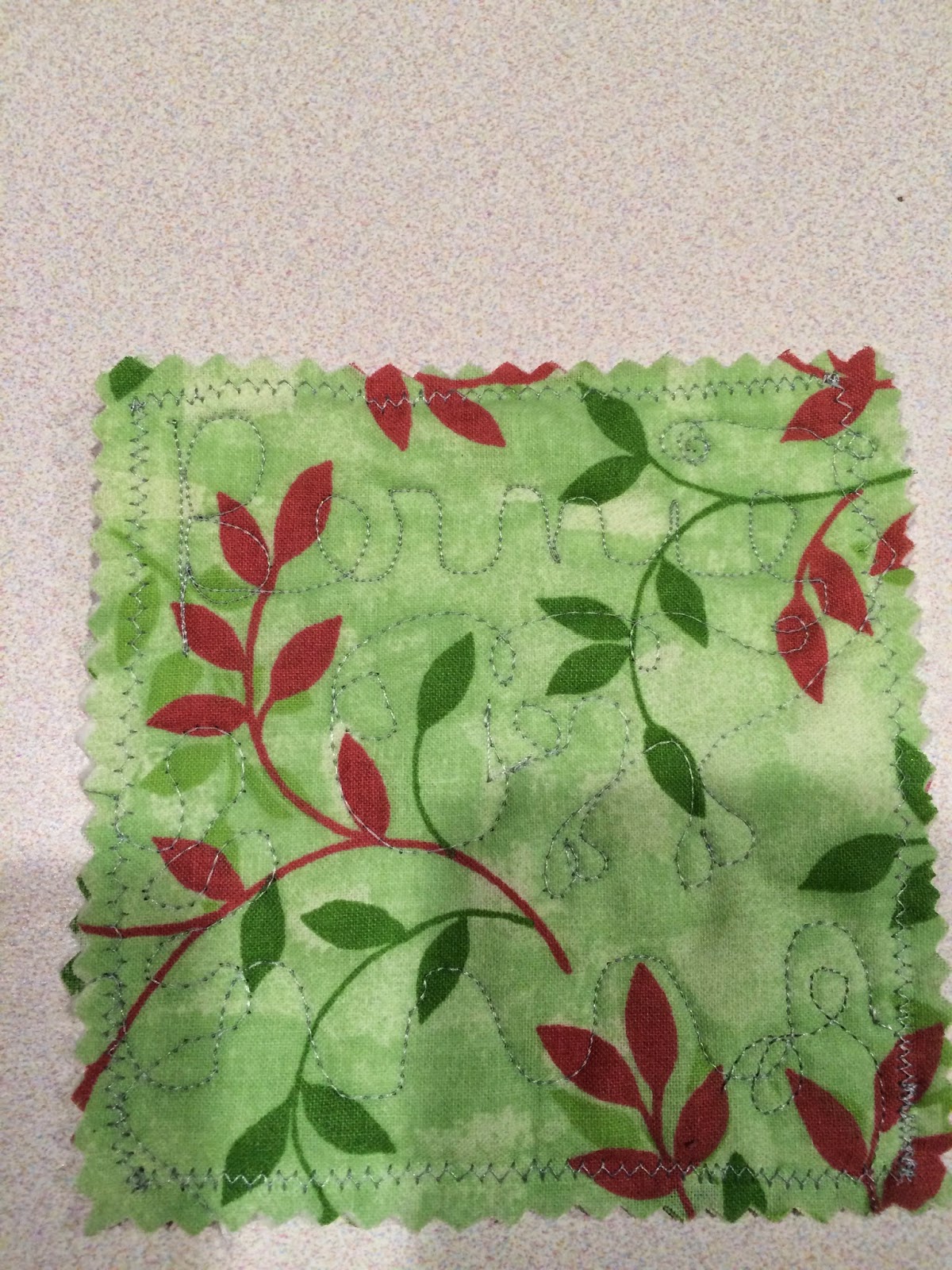